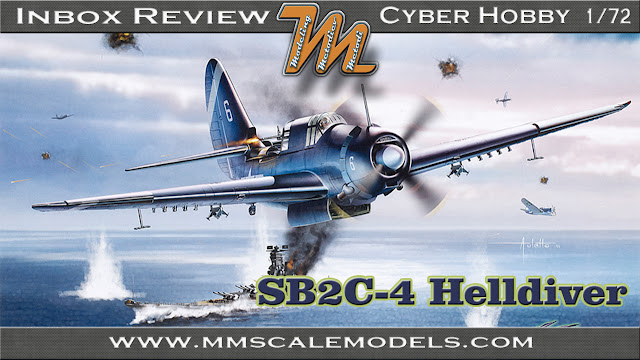 The Curtiss SB2C Helldiver was a carrier-based dive bomber aircraft produced for the United States Navy during World War II. It replaced the Douglas SBD Dauntless in US Navy service. The SB2C was much faster than the SBD it replaced.


Crew nicknames for the aircraft included the Big-Tailed Beast (or just the derogatory Beast), Two-Cee and Son-of-a-Bitch 2nd Class (after its designation and partly because of its reputation for having difficult handling characteristics). Neither pilots nor aircraft carrier skippers seemed to like it.


Thankfully, problems with the Helldiver were eventually ironed out, and in spite of its early problems, the aircraft was flown through the last two years of the Pacific War with a fine combat record.

The kit comes in medium size, top opening box. The box art depicts a Helldiver just out of its dive over enemy ship - a real artwork. On the bottom of the box there are some CAD images of the highlights of the kit.
This SB2C Helldiver kit comes in five solid plastic sprues and two transparent sprues. Along with them there is the photo-etched fret and the decals sheet inside plastic bags fixed on a cardboard piece. The solid sprues are 2 by 2 wrapped in plastic bags and the fifth sprue has its own. The two transparent sprues share a bag which is a bad move as the small sprue wanders around freely. 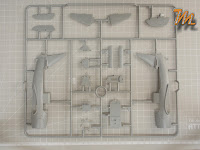 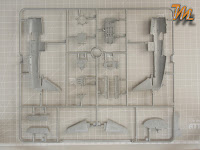 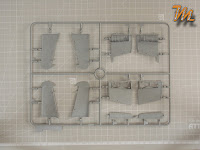 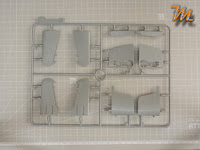 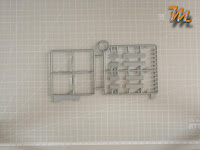 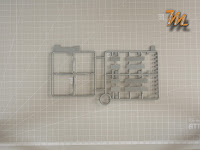 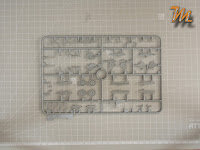 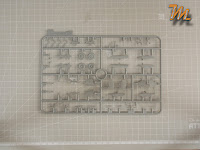 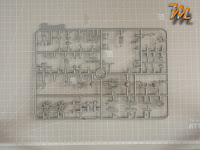 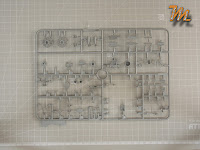 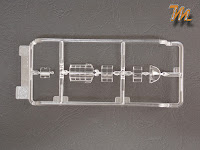 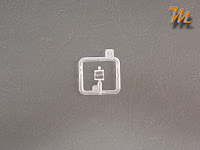 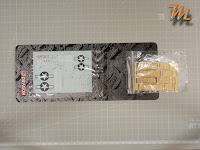 The decals sheet is a small one but what is printed on it looks fine. All seems to be in register and the finish on the decals is matte.The carrier film is not the thinnest I have seen but it is trimmed very close to the graphics.
There are three marking options provided with the SB2C-4 Helldiver kit: 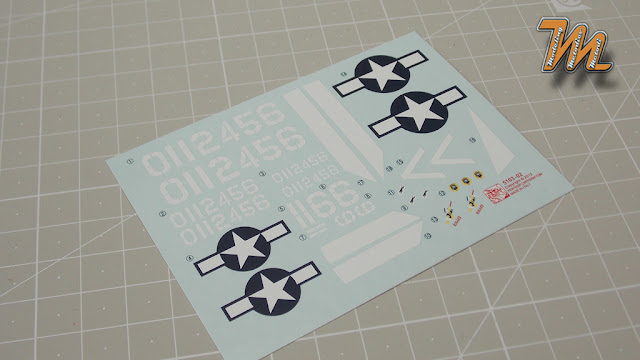 The instructions are printed in black and blue color on one large sheet of paper folded in three . On the first page there is the same picture as on the box top and part trees breakdown. On the next page there are some caution notes, symbols legend, the color callouts (given in Aqueous Hobby Color/Mr.Color/ModelMaster) and the first steps of the construction process. In terms of readability and ease of understanding I think that the instructions are OK, just bare in mind that this is complicated model and pay attention.

Following the instructions the build starts, awkwardly, from the turtle back and the engine.

Speaking about the engine it is rather well detailed.  The two cylinder disks of the duplex radial engine are separate pieces, as well as the crank case, exhaust plenum and some small parts on the crank case. There is some bolt head details on the crank case. The ribs on the cylinders are good enough to allow nice look after painting. The push rods are molded in. Perhaps you'll only need to add some spark plug cables and ignition ring.
The propeller is molded in one piece and the spinner covers and lock in place the hub. 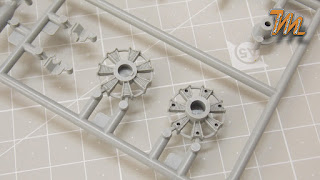 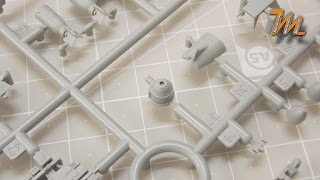 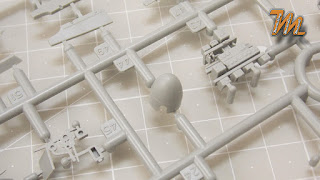 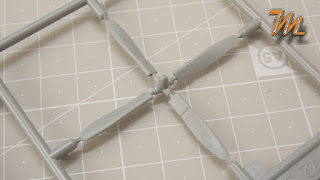 The cockpit is simply amazing. There are heap load of parts going in there. Starting from the fuselage halves internals where some ribbing is molded. On the pilot cabin floor goes  the seat which has seat belts molded and optional photo-etched belts; two side consoles with nice buttons, levers and structural detail. The control stick and some other lever are also to be mounted on the floor. The instrument panel has the instrument faces molded in as well as the rudder pedals. The IP looks excellent. The pilot part of the cockpit concludes with a bulkhead with nice structural detail and  headrest molded in.

The compartment dedicated to the radio operator/gunner i s well made too. The radio equipment panel mounts on the same part which is the pilot cabin floor. This part follows the curvature of the wings, which is really nice. The floor of the gunner's compartment accepts the side walls, again, here are a lot of details that will show beautifully after careful painting.
The turret is a model on its own, made of ten individual parts. The life raft container is also included in the kit. The turtle back can be posed in up or down position.

The floor of the cockpit is the top of the bomb bay. It is beautifully detailed with structural detail and pipes. The bomb holders that get the bombs out of the aircraft are included in the kit as well as 2 bombs (5,000 lbs according to the manufacturer more likely 2000 lbs). There are under wing bomb racks (the even have anti sway braces) and rocket rails but no weapons  are provided for them. There are also two cannon barrels for the wings and to machine guns for the gunners turret. 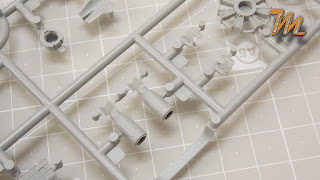 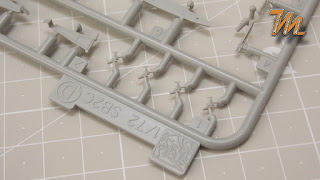 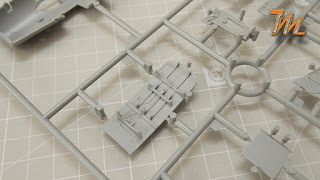 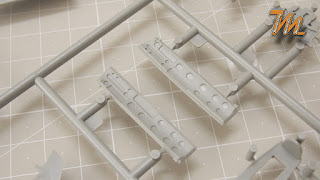 The wheel wells are very well detailed, having their ribbing structure and some piping detail molded on the inner side of the upper wing shell. The gear legs are well done and the rear wheel is molded with the fuselage. The front wheels of the scale model are divided in two pieces and have nice detail. The wheel well doors are also supplied with internal structural detail.

One of the strongest points of this scale model kit. All the control surfaces are separate parts - ailerons, rudder, elevators, slats and dive brakes - they can be positioned to your liking. You want more... well there you go - wing fold mechanisms are provided with the kit so you can have the wings folded.. or not. The top and bottom surfaces of the dive bombs are provided in photo-etched parts.
Other than that panel lines are crisp, fine and consistent. There are rivets on some panels and also some piano hinge detail. The ribbing on the control surfaces is poorly depicted and in my opinion the model will look better without it. The Engine cowling is with the flaps in opened position.

The canopy parts of this scale model kit are pretty decent, there is some minor distortion but if you decide to go with open cockpit canopies it wouldn't be noticeable. The framework is raised and there are some rivets on it. The sprue is designed in such a way that protects the clear parts which is very clever.

I haven't compared this scale model with scale drawings and therefore I cannot comment on accuracy. On the other hand it is a marvelous kit, a product of modern scale model engineering.  So many details in the cockpit and all moving surfaces are optionally positionable... how great is that? If you insist in finding a low spot... well that will be the instructions... they look cheap and are somewhat harder to understand than some of the other manufacturers. Finally I would say that if it builds
I highly recommend this scale model kit of the Curtiss SB2C -4 Helldiver to everyone who likes this aircraft, the NAVY or just want to build a good scale model kit. Those who lack experience might find it a bit too complicated.
Finally I would say that if it builds like it looks inside the box this will be one of the finest plastic scale model kits in any scale out there.