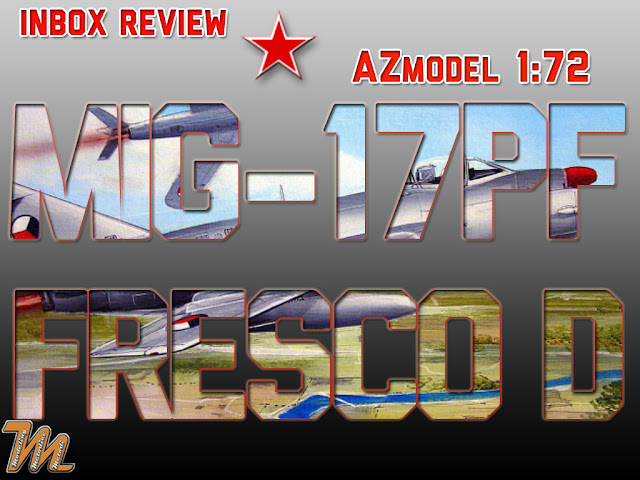 Background
The Mikoyan-Gurevich MiG-17 (NATO reporting name: Fresco) (China: Shenyang J-5) is a high-subsonic fighter aircraft produced in the USSR from 1952 and operated by numerous air forces in many variants. It is an advanced development of the very similar appearing MiG-15. The MiG-17 first saw combat in 1958 over the Straits of Taiwan and was used as an effective threat against supersonic fighters of the United States in the Vietnam War.
In early 1953 the MiG-17F day fighter entered production. The "F" indicated it was fitted with the VK-1F engine with an afterburner by modifying the rear fuselage with a new convergent-divergent nozzle and fuel system. The afterburner doubled the rate of climb and greatly improved vertical maneuvers. But while the plane was not designed to be supersonic, skilled pilots could just dash to supersonic speed in a shallow dive, although the aircraft would often pitch up just short of Mach 1. This became the most popular variant of the MiG-17. The next mass-produced variant, MiG-17PF ("Fresco D") incorporated a more powerful Izumrud RP-2 radar, though they were still dependent on Ground Control Interception to find and be directed to targets.
*Source: Wikipedia

The kit comes in side opening box of not really sturdy material. The boxart is nice and on the back side of the box there are 4 ¼ colored profiles.
Kit is comprised of
- 63 gray plastic parts (two pairs of fuselage)
- 2 clear plastic parts
- 1 resin piece
- 1 decal sheet
- Instructions
Some of the parts are to be used for earlier MiG-17 variants. 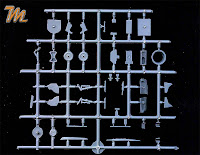 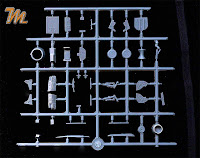 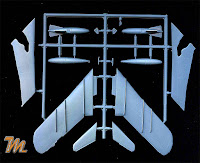 Interior
First of all it should be said that it looks like there was the good intention of providing highly detailed interior. You see I understand the limitations, but they have nothing to do with the mess that the cockpit is. Side walls are perfect example… details are glued sloppy and no one cared to clean the mess prior production. This results not only soft detail but all sort of bumps and scratches. The bang seat looks more like some armchair and at least on the sprues it doesn’t look much like its prototype. The instrument panel looks really good and is pretty close to the real thing. 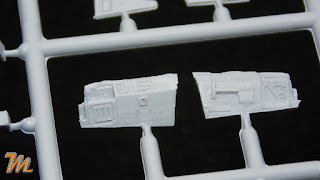 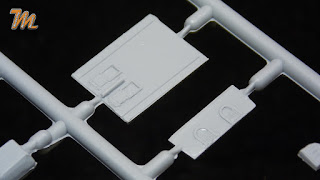 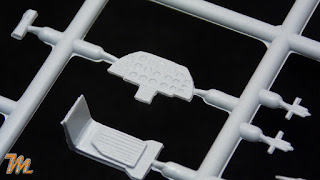 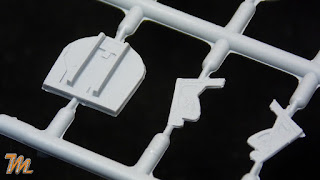 Canopy
The canopy is divided in two parts, thus giving the option for posing it closed or opened. Here, I am afraid, all good that can be said ends. Clarity wise the only clear bit is the front window, which is flat. Heavy distortion is present everywhere else, most prominently near the canopy frames… but in this scale there is not that much space in-between. Talking about frames, they are so softly molded that I wonder why did they even bothered making them. If you count on the frames for your masking, better don’t. Above all noticed so far, proudly stand something intended to represent canopy heater wires. It is so over scaled that it better resembles structural reinforcement ribbing. 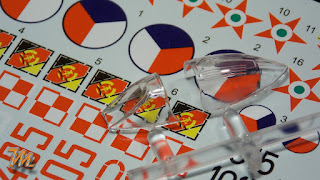 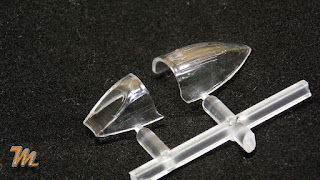 Landing gear
The main wheel wells are looking good with about decent amount of detail. There is still trace of glue here and there but it is not as prominent as in the cockpit. The main gear legs have a lot of flash but with some careful cleaning and painting they will look nice. Main wheels also have flash but there is some nice detail for the rim. 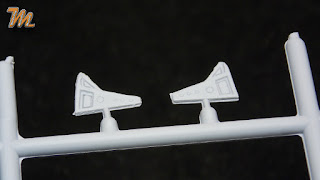 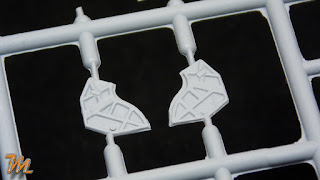 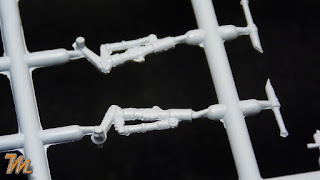 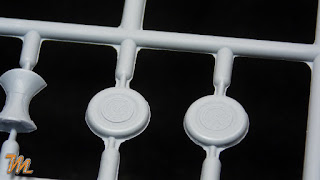 Fuselage and wings
If you care to compare wings and fuselage with blueprints…. well it’s a bit off. Other ways fuselage is decent except for some scriber mishaps, which apparently no one was worried about. There are no location tabs for the cockpit or the horizontal stabilizers.
Each wing is divided in two parts – upper and lower. The lower one is like an insert for the upper. Instead of using existing panel lines as joints for the wing construction they made joint that intersects with the existing panel lines. The aerodynamic fences on the top of the wing are well done but a bit misplaced.
The resin intake, which is also Izumrud radar housing, is looking very good. Unfortunately the instructions do not tell the correct way of removing the pouring block. 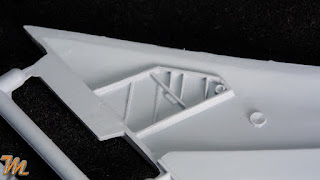 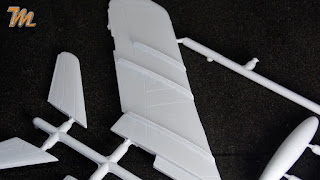 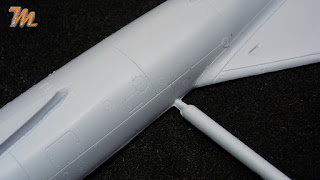 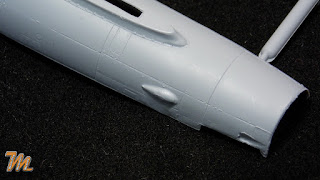 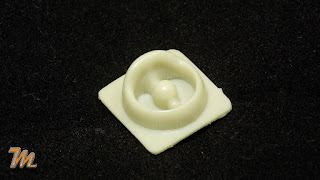 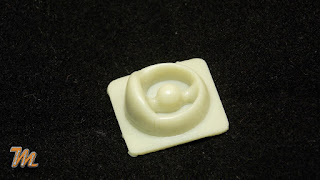 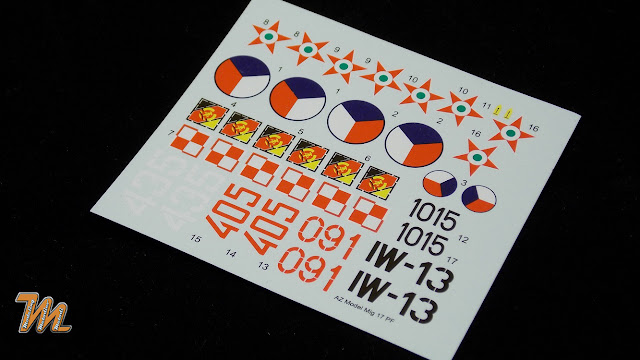