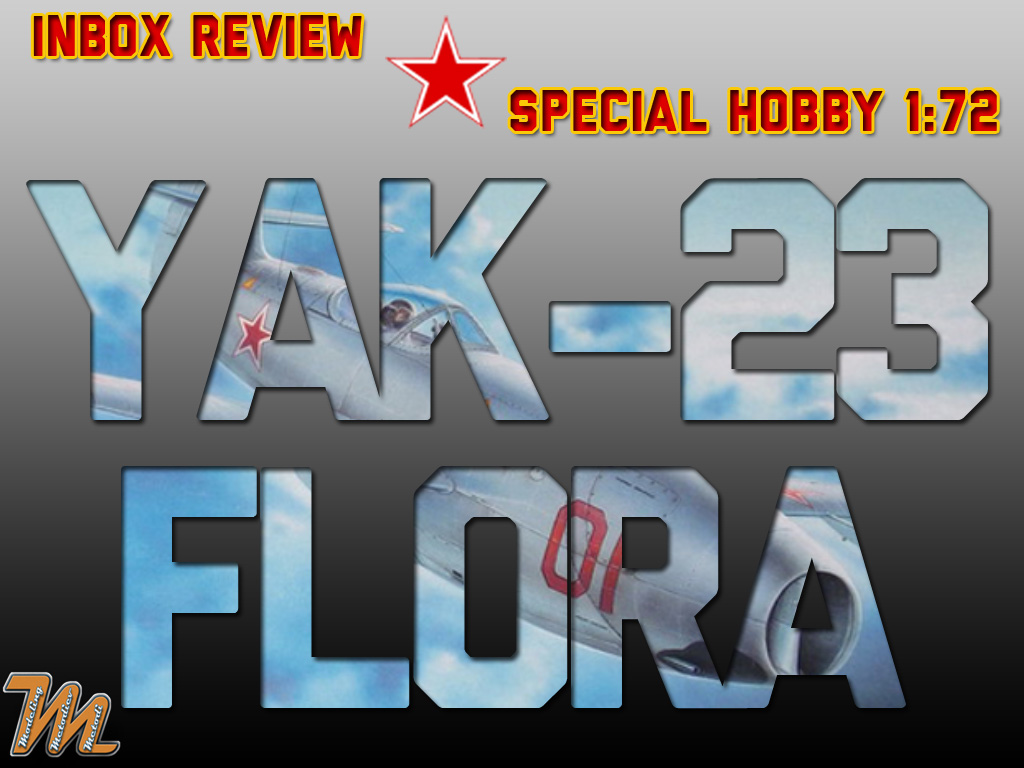 ·         Background
The Yak-23 was developed as a simple lightweight jet fighter, on Yakovlev's own initiative. It was a development of the earlier Yak-15 and Yak-17 fighters, retaining their non-conventional layout with a jet engine in the fuselage nose and exhaust under the cockpit, but the construction was all new. Its wings were derived from the Yak-19. The Yak-23 used a Soviet copy of the British Rolls-Royce Derwent V turbojet engine, produced as the Klimov RD-500. It first flew on July 8, 1947. After successful flights, it underwent state trials in 1948 and was accepted for series production. It was evaluated as highly maneuverable, with a good acceleration and take-off and climb capabilities thanks to high thrust-to-weight ratio. Faults were poor directional stability at speeds around Mach 0.86 and lack of cockpit pressurization. Despite being one of the best straight-wing jet fighters, it was inferior to new swept-wing designs.
(source: WikiPedia)
·         The kit
The kit comes in small, side opening box with nice box art on the front and four, color profiles on the back. Inside there are:
1x Gray plastic sprue – 28* parts
1x Clear plastic sprue – 3 parts
1X PE fret – 17 parts
4x Resin part blocks – 8 parFts
1X Decal sheet – 4 options
1x Instructions
*there are parts sharing same number
Clear parts and resin are in separate bags, the PE fret and the decals share one. All this plus the gray plastic sprue  and instructions are closed in one bag. 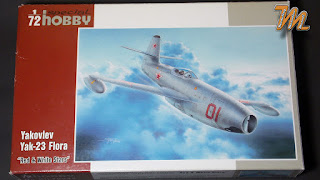 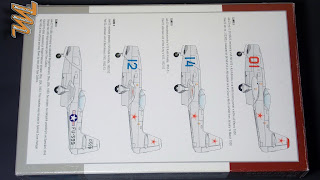 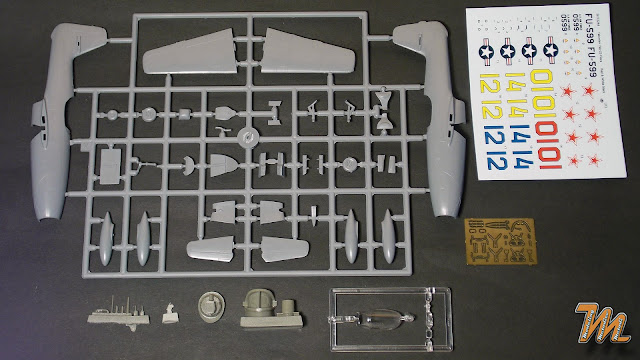 
There are a lot of parts dedicated to the cockpit, both plastic and PE. It comprises of floor, separate sidewalls, rear bulkhead, pedals and control stick, instrument panel and some PE levers. 14 parts go into the cockpit without the seat.


The seat, believe or not, is made of 11 parts. The bottom tub and padded backrest are plastic. Handles, seatbelts etc. are PE.


The Instrument panel is disappointing dough. Detail is very soft and the overall appearance of the cockpit will benefit from PE replacement. There is also cool gun sight included.


Control stick is nicely made and even have PE, bicycle style brake lever.


In my opinion, the canopy is one of the weakest sides of the kit. First it’s in one piece, therefore some surgery will be needed to display it open. Then comes the clarity of the piece… not that it is that bad, you can see through it, but it is not enough. Furthermore, close to the frames there is severe distortion. The connection between the sprue and the canopy is badly placed. Here I would either open the canopy or just replace it with vac-formed one.


Front wheel is housed inside the intake splitter. The leg and the rim/tire are separate details. The assembly is accompanied by two PE folding mechanism pieces.


The main wheel well is made in resin and seems to have reasonable level of detail. Gear legs are from plastic and again PE and resin parts are included to add more detail. For the rear wheel well covers PE retraction mechanism is provided.

-          Fuselage and wings
Compared to scaled blueprints, dimensions look fine. There are some discrepancies regarding the panel lines but I cannot be sure because there are also differences between the blueprints I have. Panel lines are finely engraved and consistent throughout.  Surface is smooth and shiny. There is some flash and the connectors between the sprue and parts are quite big on some places.
The fuselage is divided in two -  vertically. There are some ejector marks inside and some of them have to be addressed.  Those close to the intake will be visible and ones on the cockpit sidewalls might interfere with construction.
The wings are molded in one piece (left and right) which will contribute to obtain thin trailing edges. There is some flash to be taken care of.

-          Engine
Most forward part of the engine is provided in resin. The detail level is reasonable given that it will not be that visible.
The nozzle is also made of resin with some internal detail and nice thin walls.

-          Decals
The Decals are nicely printed. Everything seems to be in register. The downside is that small technical inscriptions are not text but simple dashes.

·         Final toughts
If you don’t count KP ancient kit this is your only choice to build 1:72nd scale Yak-23. Mixed media, short run kit… well you’ll need some experience with this one but it can be made into a little gem.